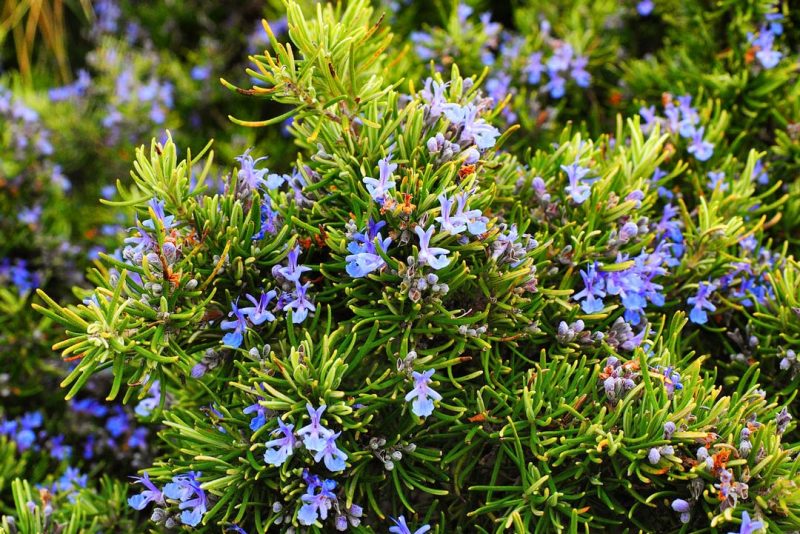 First, you notice the smell: tangy, resinous, and unforgettable. That’s rosemary, the workhorse of our herb gardens. It’s always on hand, no matter the time of year, ready to yield up a snip to flavor tonight’s dinner. My rosemary was purchased from a Folsom Garden Club plant sale eons before I became a member. The plant sale was held at Murer House, and the rosemary cutting I got was one of those white blossoming Joe Murer specials whose pedigree remains mysterious. It’s my favorite herb.

The Sunset Western Garden book say rosemary’s true name is Rosmarinus officinalis, which means “dew of the sea,” because it’s native to the seaside cliffs of the Mediterranean. It’s a member of the mint family. Rosemary is an evergreen shrub which grows in zones 4-24, likes full sun, little to moderate water, and good drainage. Its forms can vary from upright to creeping, and it can range in height from one foot to six feet. Its blossoms are blue, pink or white, and attract bees, birds, and butterflies. Its branches will root when they touch the ground. Rosemary is easy to grow, fairly pest free, and can be trimmed into hedges, topiary, etc.

Rosemary is used in the preparation of Eau-de-Cologne.

Deb Soule in How To Move Like A Gardener, says that rosemary seeds have a low germination rate, so it’s easier to propagate rosemary by taking cuttings: cut a six to eight inch piece, place three inches of the stem in water, and put it in a sunny window. It will root in a few weeks and can then be transplanted into a pot. When it’s established and the weather is warm, plant it in the ground, and give it a good watering, carefully tamping down the soil to leave no air pockets. To harvest rosemary, it’s best to cut it at a junction to encourage new growth.

Rosemary is a medicinal herb too. It’s good for circulation, digestion, hair, the immune system, the mind, the musculoskeletal system, and the respiratory system. It can be used in aromatherapy or infused into a medicinal massage oil.

As a culinary herb, Nutrition-And-You.com suggests that before using, you rinse the fresh leaves in cold running water for few minutes to remove dirt and pesticide residues. Keep the fragrance and flavor intact by adding rosemary to your recipe at the last minute, as prolonged cooking causes evaporation of the essential oils. 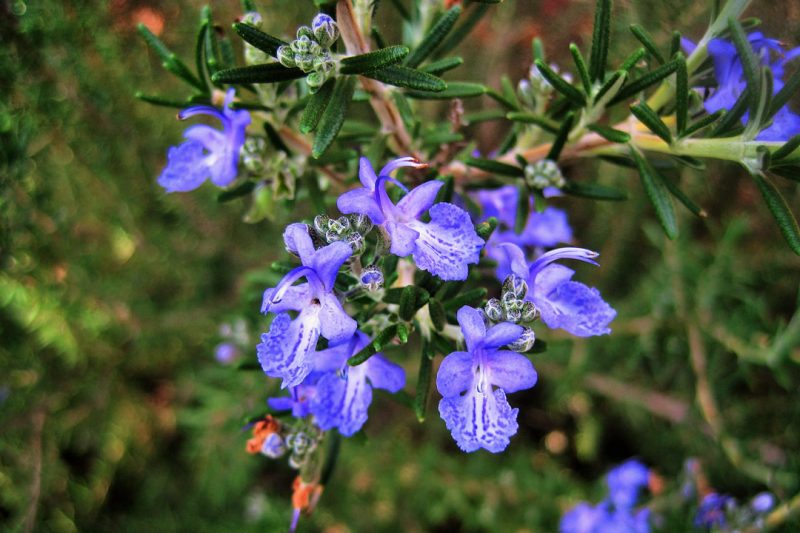 People have been using rosemary since ancient times, and there’s quite a bit of rosemary folklore. It was once thought that only the pure of heart could grow rosemary. Some believed that a man who was indifferent to the smell of rosemary was unable to give true love to a woman. Or that those who smell rosemary frequently would retain their youth. And it offered protection from the plague. It even helped with crime prevention: rosemary root was “seethed in wine vinegar” and then used to wash the feet of a thief. It would sap the strength of villains so that they could no longer commit robbery or do harm.

But rosemary is best known for remembrance. William Shakespeare famously wrote, “There’s rosemary, that’s for remembrance; pray, love, remember…” Rosemary is used to this day in war memorial services in some countries: people wear a sprig of rosemary to remember the fallen. In ancient Greece, scholars would twine rosemary in their hair when studying to improve their memory. Recent scientific studies have supported rosemary’s memory and mood enhancing properties, even if you don’t twine it in your hair. Rosemary—the smell is unforgettable, and it could make you less forgetful. That’s an amazing herb! 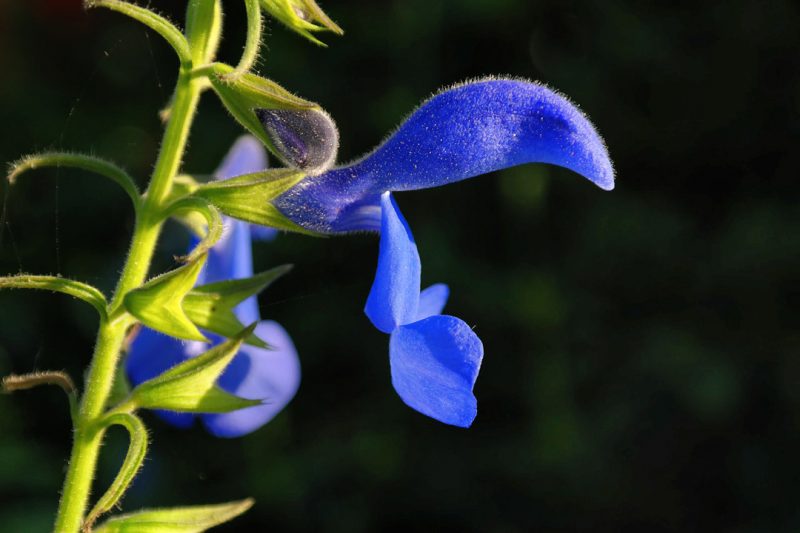 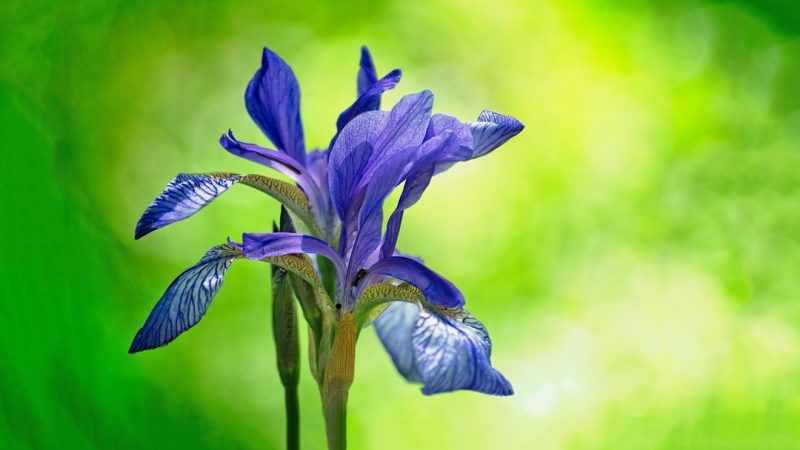 Gallery image with caption: How I Learned About the Iris Plant

Gallery image with caption: Spring is in the Air